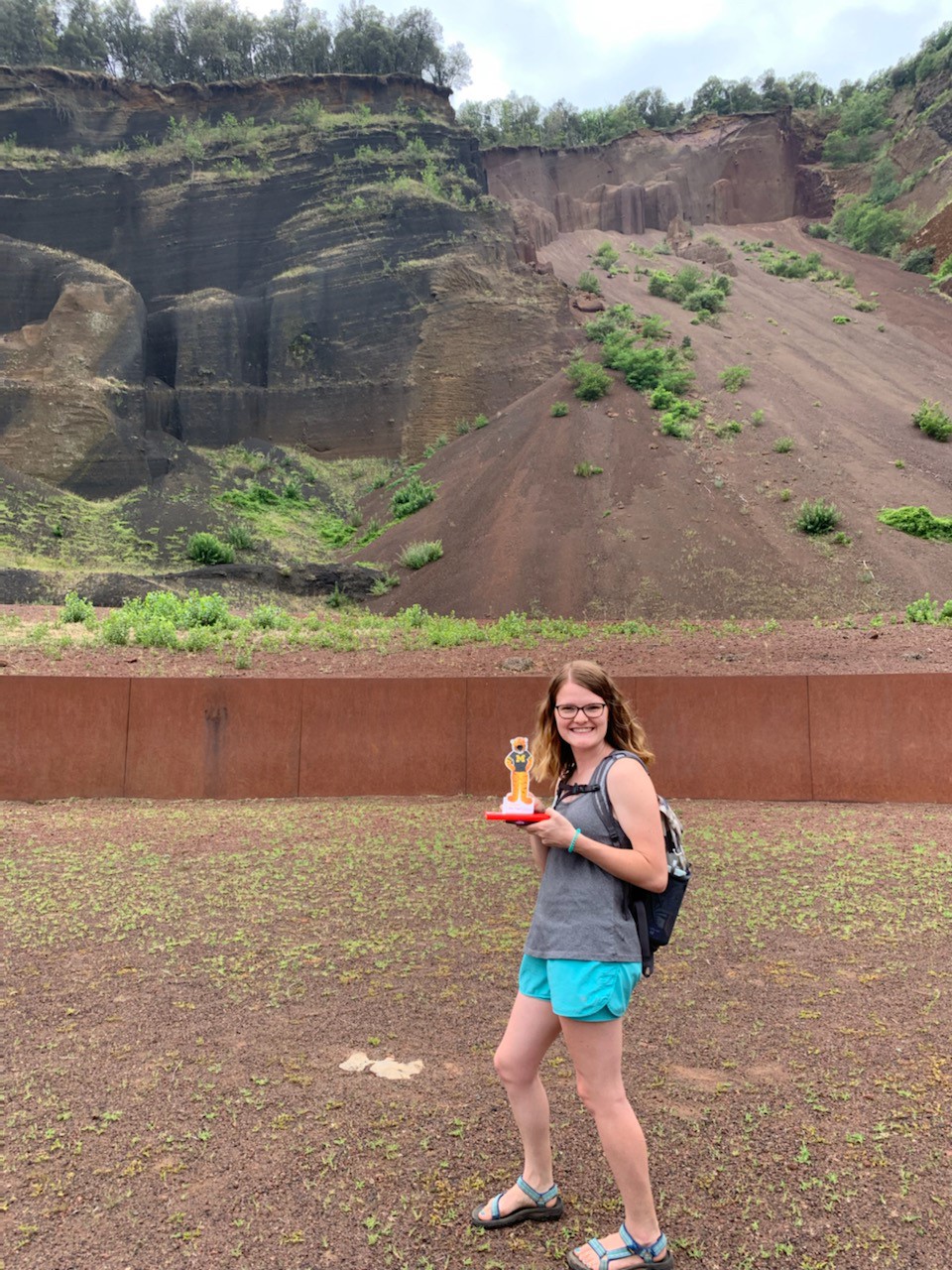 Mikaela Pulsipher, a doctoral student in geology at Mizzou, recently won a $5,000 American Geosciences Institute (AGI) award, and it all began with her childhood love for rocks.

The award is given to the “top applicants who most demonstrate a strong likelihood of successfully transitioning from graduate school into the geoscience workforce,” a recent press release from AGI stated. There were only two recipients nationwide: Pulsipher and Hannah Field from Ohio State University.

As Pulsipher, a first-generation college student, tells it, she began her geological interests as a young child. “My mom could tell you stories of us going camping as a family and her having to dump out an entire tub of rocks that I collected because there were so many rocks,” she laughs.

“There’s a different story for each rock -- no two rocks are exactly the same, so each has something important to tell you. I spend a lot of time in areas with a lot of rocks to look at. I appreciate the natural landscape.”

She says she was always interested in fossils, even as a teenager. “And my undergrad (school) had a really strong geology program. I didn’t really know what I wanted to do, but I knew I loved rocks, so I was like ‘let’s just give this a try’ because I’m that passionate about (rocks). I wanted to see where I’d end up, and I ended up enjoying all the classes and the research I got to do.”

After undergrad school at Utah State University, she moved to Columbia, Missouri, to attend Mizzou for a MS in geological sciences. She graduated in 2020 and recently began her PhD program in geology, with a focus on paleontology and geochemistry. She has already published four peer-reviewed articles and a fifth currently in-press, participated in 10 abstracts and presentations, and received research funding from various organizations. She also has won more than 20 awards and scholarships, the most notable -- The recent Harriet Evelyn Wallace Scholarship from AGI and the Winifred Goldring Award from the Association of Women Geoscientists in 2019. 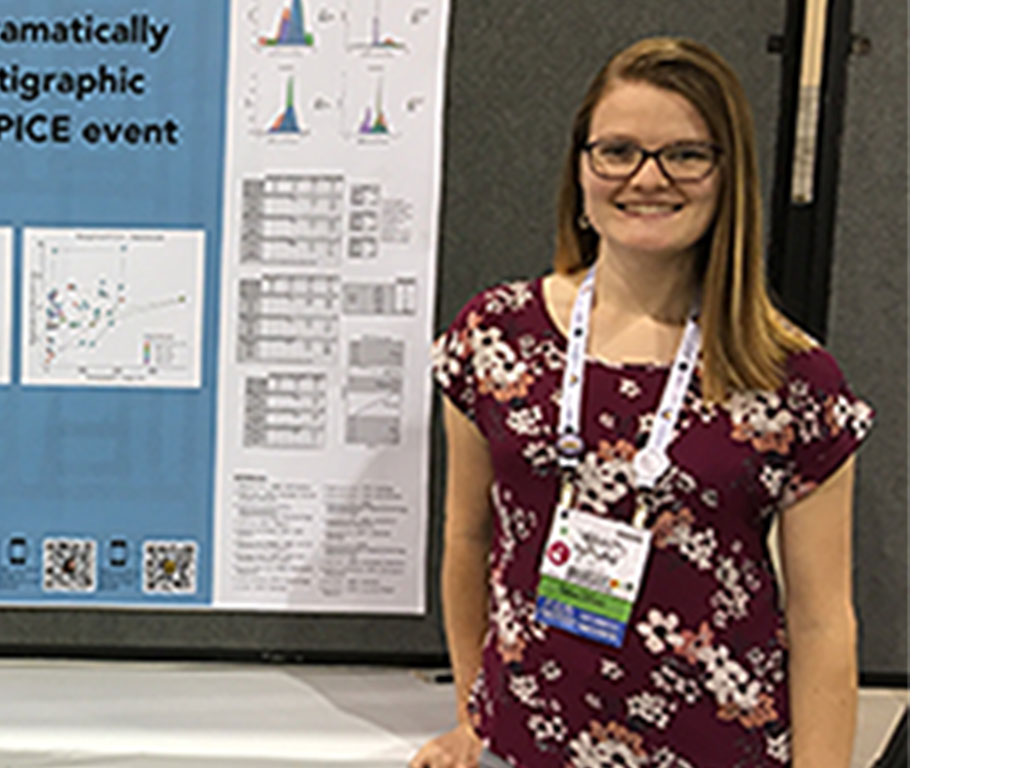 The Harriet Evelyn Wallace Scholarship was given in part for Pulsipher’s research targeting the Ediacaran Shuram excursion, which is the largest known negative carbonate carbon isotopic excursion in geological history (94 million years).

There are about 4.5 billion years’ worth of the Earth’s history. “In order to make it easier for Earth scientists to talk about the history of Earth, it’s been broken down into the geologic time scale,” explains Pulsipher.

“The Ediacaran is a specific window of geologic time (636 million years ago to 541 million years ago), where the very early states of complex macroscopic life forms arose – what we might call our earliest animals,” Pulsipher says. “So, not exactly the same kind of animals we have today or what we have later in geologic time, but the ancestors to those animals, the very roots of the animal tree of life. So, it’s really an important window (of time), specifically in terms of paleontology.

AGI recognizes Pulsipher’s research, stating the Shuram excursion specifically may play a role in forthcoming subdivision of the Ediacaran Period, helping to reveal its driving mechanisms and variability worldwide – a time when Snowball Earth was coming to an end, and the world was moving into an era that looks more like the present-day. 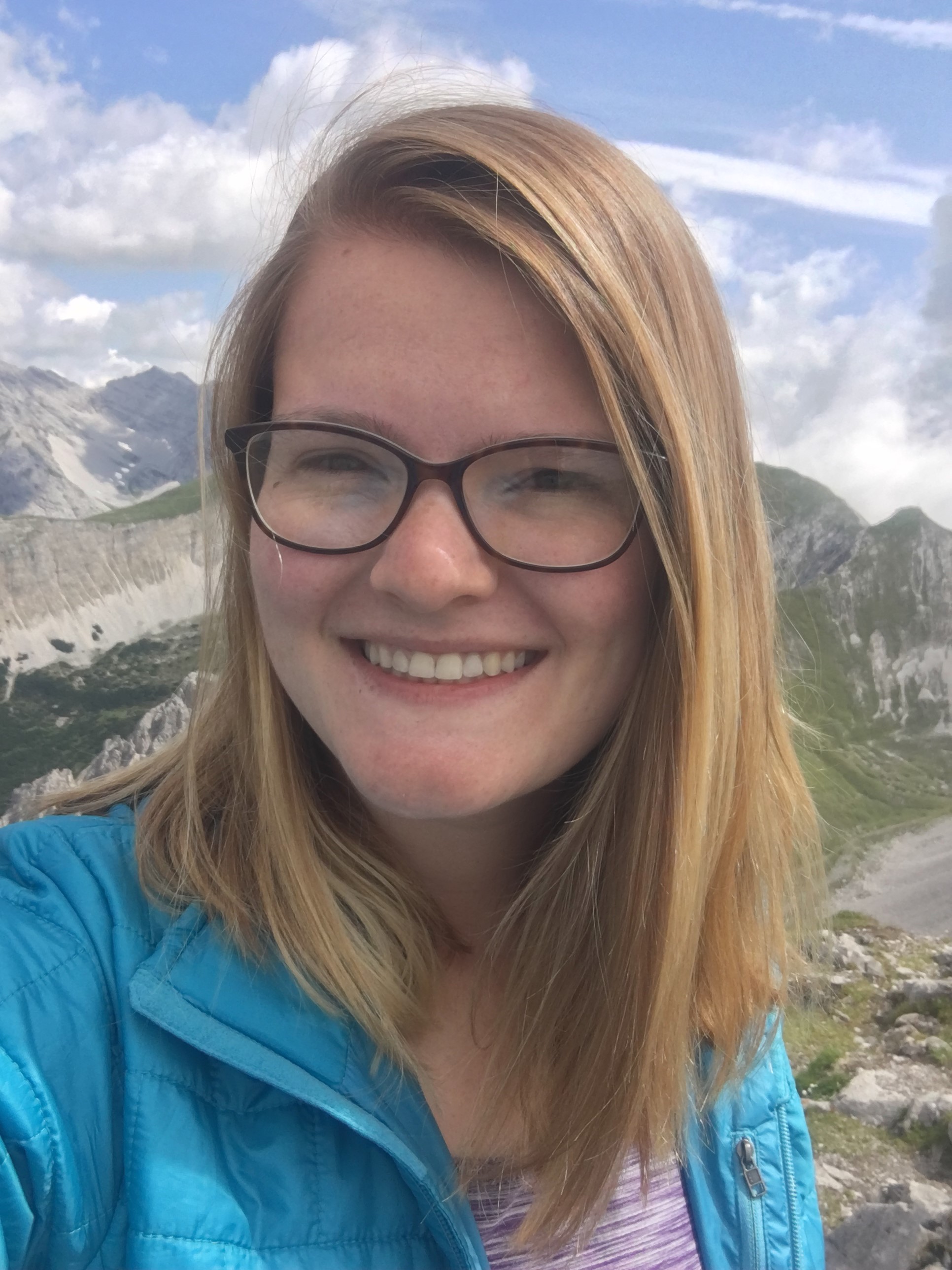 From Master’s to PhD

“So, for this scholarship, I’m going to do a very similar thing, but on a broader scale,” Pulsipher says. “Rather than look at one specific peak in the carbon isotope record, I’m going to look at an interval that captures a really important transition in geological time from the Precambrian into the Cambrian to think about how the Earth and life changed once we started the Cambrian explosion and began to see a lot more macroscopic complex life forms.”

As she explains it, sediments deposited into the ocean eventually turn into some of the rocks that one can see exposed on the Earth’s surface. She continues, adding the sediments that are accumulated have different ratios of specific elements, including one of the more important elements for life: carbon. There are multiple different types, or isotopes, of carbon atoms, which depends on the structure of the nucelus, she explains. Carbon 12, carbon 13, and carbon 14 are different carbon isotopes, which means they vary in the number of neutrons in the nucleus.

“You then can (measure and) compare the ratio of different types of carbon (in a rock)…. that’s your carbon isotope record. And that can tell us what the paleoenvironment was like because different environmental conditions will affect the isotopic ratio that had accumulated in the sediments.” For example, the amount of biological activity will affect the ratio as biological organisms prefer to use carbon 12.

“We’re going to look at the Shuram excursion, which is a carbon isotope excursion in the Ediacaran, that is temporally related to the rise of complex macroscopic life forms. And because we know our carbon isotope records can tell us about the paleoenvironment and biology, we want to get a more complete view of what the carbon isotope record at that time looks like on a global scale so we can better understand what the big picture is at the time these complex life forms are arising.”

Pulsipher says this work may help further divide the geologic time scale, which is important so that big chunks of time (called eras and periods) can be sliced into smaller, more precise intervals of time (called stages).

“It’s really close to where people are considering putting a new stage boundary,” she says. “So, a better understanding of the nature and timing of that excursion might help us define this lower-stage boundary that people want to put in the time scale.”

She adds the goal of her research is to quantitatively compare different records of carbon isotopes prior to, during, and after the Shuram excursion to better understand what they’re telling us regarding the bigger global picture.

“Most people have just been comparing (excursions) more qualitatively, looking at how the pattern of isotopes compares from one record to another.

“With my dissertation, I hope to take a whole bunch of records that we know are from the same event because of what the age of the rocks are, and what types of fossils there are,” she says. “I want to compare them quantitatively and think more about how they are similar or different, statistically. Is there a statistical, quantitative reason to correlate these different records? What do the (statistical) differences tell us about what was actually happening in the globe at that time?”

She says prior to her master’s project, nobody built a giant comprehensive data set of published carbon isotope records and evaluated them statistically. This project will allow her to build from that one.

“It will help give us a better context for the excursion itself and also think more about the bigger picture geology and paleontology changes related to the excursion,” Pulsipher adds. “I’m really excited about the research we are doing.”

She says two professors have really inspired her in her work. Her advisors: Dr. Carol M. Dehler, at Utah State University; and Dr. James D. Schiffbauer at the University of Missouri.

“Carol helped me learn to embrace geology as a field of study that I could pursue and be my future and my academic career,” Pulsipher recalls. “She was really helpful in mentoring me in terms of academic success: How to build a CV and how to write an application and how to write an academic paper and everything that goes into doing work that gets published.

“And Jim here at Mizzou is very similar to Carol in terms of the things that I’m learning – things like how to be a better student and scientist, how to set myself up for success in my future, how to improve my CV or how to write scholarship applications and grant applications and how to write papers. He really values me as a person and is there in my corner to support me in whatever endeavors I want to pursue in my academic and personal life.

“And they’re both big reasons why I am the person I am today in terms of academia, and also my personal life: giving me confidence and the feeling I can accomplish the things I would like in my professional life.”